It’s that time of the week again; our three favourite communications stories are here. You can hear about a new video streaming service, reflect on emerging 2015 trends and learn about a huge Canadian media partnership. Before we let you go, the CASACOM team wishes you all a Happy Halloween!

Bell Media is launching a new video streaming service that will include the entire HBO scripted off-air library. The subscription service, code-named “Project Latte,” will feature premium programming, including The Sopranos, The Wire and Sex and the City. The service will also offer the complete HBO Films catalogue, the HBO Documentaries library and HBO stand-up comedy specials.

Project Latte will be launched soon and offer more than 10,000 hours of TV content, from HBO and “many world-class content partners.” The service will be made available to all TV subscribers in Canada, pending agreements with participating TV providers, through their set-top box. It will also be available via apps, online and other platforms.

This article discusses the necessity of taking breaks from our phone. The author Arik Hanson, 42 years old, makes a bold prediction that among the 40-plus crowd, there will be a faction of people making a conscious effort to unplug from their phones in 2015. This might include when they are standing in line, riding the train or even driving. The author singles out the 40-plus crowd because they didn’t grow up with cell phones or email, himself included. Do you agree? What other trends do you see emerging in 2015?

Rogers Communications and Vice Media will each invest $50 million over the next three years to create a new state-of-the-art production facility in Toronto that will develop “Canadian-focused” news and information content to be distributed via multiple platforms. The content will be created by the “next wave” of producers, journalists and writers, and distributed via Rogers’ vast mobile, internet and TV pipeline, said Smith.

Thought of the day:

“I can’t change the direction of the wind, but I can adjust my sails to always reach my destination.” – Jimmy Dean 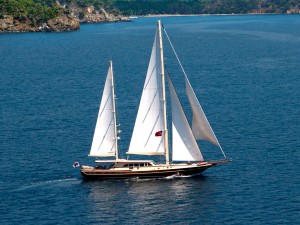