Is print marketing still effective? Does Twitter have a new search engine? What’s in store for Tim Hortons this holiday season? Here are CASACOM’s favourite communications and PR stories of the week.

Tim Hortons is focusing on doing good this holiday season, and to kick off its campaign, it did a winter-focused stunt that shows one of those good deeds in action.

On Monday, the TimsRunner – essentially a food truck serving free Tim’s coffee that was first deployed in June – was “yarn bombed” with more than 215,000 yards of yarn knitted into a festive holiday “sweater” by a team from a local knitting store, Lettuce Knit. Following the event, the sweater was washed and repurposed into 30 blankets that have now been donated to local shelters.
Even though the sweater is gone, the TimsRunner is still decked out in a holiday decor and will travel around the GTA throughout the holidays to promote the restaurant’s “#WarmWishes” holiday campaign benefiting the Tim Horton Children’s Foundation. Every time someone uses the #WarmWishes hashtag to share a good deed on Twitter or Instagram by December 30, Tim Hortons will donate a toque to an underprivileged child, with a goal of reaching 10,000 hats before the end of the year.

“Knitting up some holiday cheer” (Strategy)

The relevance of print:

Despite the wealth of information available online and the increased availability of devices with which to access it, the old-fashioned printed flyer remains an important tool for consumers in Ontario when making purchase decisions, according to a survey by BrandSpark and Metroland Media of 1,814 retail shoppers in Ontario.

It’s not just that 97% of shoppers still read a flyer (print or digital) at least once a month that stands out, it’s how prevalent printed flyers have managed to remain. Check out the key findings from the research in BrandSpark’s infographic at the link below.

“Infographic: The power of print” (Strategy)

Did you know you can’t currently search all the tweets in Twitter’s seven-year history? It was news to us, but that’s about to change. Twitter has been rolling out a new search service that allows you to search for any tweet among the half-trillion that have been posted in its history. Though the new Twitter search engine is limited to rather rudimentary keyword searches today, the company plans to expand into more complex queries in the months and years to come.

To learn more about the new Twitter search engine, see the article link below.

“Don’t limit yourself. Many people limit themselves to what they think they can do. You can go as far as your mind lets you. What you believe, remember, you can achieve.” – Mary Kay Ash 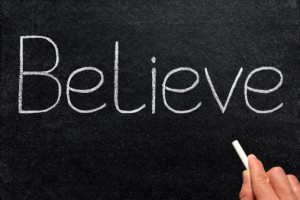