CASACOM / Blog  / Our Top Stories of the Week: PR Trends, Millennials and the end of a U.S. Brand in Canada
In Blog
By Andrea Mancini
0 Comments

Our Top Stories of the Week: PR Trends, Millennials and the end of a U.S. Brand in Canada

Do millennials prefer meaningful experiences over material possessions? Which major U.S company is pulling out of Canada and what trends will we see this year in PR? You can find out these answers in this week’s edition of our favourite PR and communications stories.

A new report from global media company ZenithOptimedia says that young people have less interest in material possessions than their parents; they have a “fundamentally different” view of happiness than previous generations, in where they place greater importance on meaningful experiences. The findings are based on an online survey of 6,100 people between 18 and 34 in 10 countries, including Australia, China and the United States (Canadian millennials were not included in the study). We’ve highlighted some of the findings in the report below; you can read more about this report in the link included.

The major news of the week came from Target, who announced that they will be closing all 133 stores across Canada. 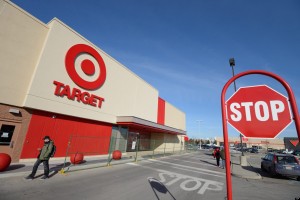 One of the first Canadian target stores in Guelph, Ontario. The Canadian Press Images/Stephen C. Host

As many Canadians know, Target suffered from weak sales soon after it launched its first stores in Canada; customers complained that shelves were frequently bare and that prices were higher than those in the U.S. Target’s CEO said they were unable to find a realistic scenario that would get Target Canada to profitability. Initially he believed he could turn around Target’s Canadian operations within a few years, but the problems were too big.

One of the toughest challenges in Canada was that consumers here had already shopped at its U.S. stores and had very high expectations. Even though, Target Canada made progress in recent months it wasn’t enough to convince consumers to come back.

Consumer marketing experts from around the world helped Arun Sudhaman, partner and editor-in-chief at the Holmes Report compile a list of five trends that determine the consumer PR outlook for 2015 and onward. Each trend is listed below, but explained in further detail in article link.

“Your most unhappy customers are your greatest source of learning.” -Bill Gates