Is there a shift in consumer habits and what does the declining number of journalists mean for people in PR? Do you know what brands are most trusted by Canadians? Some may surprise you. We invite you to take a break and catch up on some news in the communications and PR world from this past week.

A shift in consumer habits could add extra pressure to the restaurant industry according to a new NPD report. In the report titled, “2020 Vision: The Future of QSR,” NPD says that popular chains such as Tim Hortons and McDonald’s are fighting to stay relevant in a market that is swiftly changing. Since customer demands are evolving, more people are looking for restaurants that offer take-out and drive-thru options.

The traffic forecast for Canada’s fast-food restaurants is set to increase by less than 1% annually over the next 5 years. The food services industry has seen a general decline in customer transactions in recent years and in order for the industry to grow, it would depend on the growth of the Canadian population

The Pew Research Center recently revealed that the number of current working journalists in America is the lowest it has been since at least the late 1970s. The same effect has been felt in Canada. What does this mean for PR professionals? Mickie Kennedy, CEO and founder of eReleases and blogs at PR Fuel, outlines what this means for PR practioners below:

Which brands do most Canadians trust? In its annual Trusted Brands list for 2015, Reader’s Digest surveyed more than 4,000 Canadians asking open-ended questions about who consumers trust most across 40 product categories. We’ve highlighted some of their findings below.

A full list of the most trusted brands can be found in the attached article.

“The only thing that stands between you and your dream is the will to try and the belief that it is actually possible.” – Joel Brown 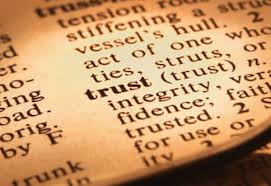