This week, our CEO and Founder Marie-Josee Gagnon was recognized for her many achievements in business and leadership. Below, in this article written by Rebecca Harris from Marketing Magazine, Marie-Josee shares her vision for our firm.  We believe this article captures the true essence of CASACOM – our values, entrepreneurial spirit and desire to advance our profession. It also reflects our desire to be at our best every day – ultimately helping our clients elevate public relations as business-critical. 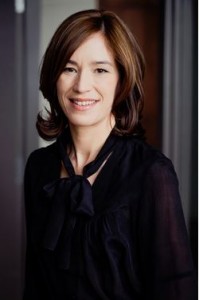 Marie-Josée Gagnon, president and founder of Montreal-based Casacom, is racking up the honours in the business world. She’s a finalist for the Women of Influence RBC Canadian Women Entrepreneur Awards, an awardee of the Women Presidents’ Organization’s International Women Entrepreneurial Challenge (IWEC) and was named one of Canada’s top female entrepreneurs on Profit/Chatelaine’s just-released 2013 W100 ranking. Gagnon talked to Marketing about women in PR and shares her firm’s vision for success.

Why do you think it’s important to honour women’s achievements in business?
It’s really about encouraging women to grow, to continue to be ambitious, to get support and to be recognized as successful. Awards are a big encouragement to continue. Women are still behind [in business]; there are all those discussions going on about quotas on boards. We need extra encouragement and we need that extra push.

PR is dominated by women, but women are still underrepresented in the executive ranks. Why do you think that is?
There are fewer women in leadership roles all over the globe in every industry, so I’m not surprised that’s the case in public relations. But what I see around me, there are a lot of women-owned and women-led independent PR businesses.

Do you think barriers in the workforce are the reason more women have started their own PR firms?
If you start your own business, it’s such a huge task that it has to be motivated by much more than that. If you launch your own business, it’s because you have what it takes to be an entrepreneur. So it’s much more than being unhappy with your situation in a given company.

What were your reasons for starting your own PR firm in 2001?
I was a public relations expert [in corporate and public affairs]. I just came back from a short maternity leave. There was no question I’d be working, but I wanted to have a job that I would be absolutely proud of. I looked into firms and I was not excited by what I was seeing at the time. And I said, well, I should be launching my own firm that will have my own values and my own way of looking at public relations. It was really about being an entrepreneur and being proud of what I was doing for my family.

What was your vision for the agency back then and how has it changed?
Right from the start, I wanted to build a business and I never wanted to be on my own. I didn’t use my name [for the company]; I used Casacom. Casacom has a lot of meaning for me. It’s a house of communication; it’s where you find everything under one roof. It’s warm, but at the same time extremely effective. I’m a big fan of mixing things that seem opposite together. Like warmth and efficiency, innovation and tradition, humanity and excellence. [These values] were kept all the way through. Humanity and excellence are the two pillars of Casacom. We want to grow and we’re very ambitious for our clients and for ourselves, but never at the expense of having fun, learning from each other and having an extremely agreeable work environment.

Tell about me the Toronto expansion of Casacom.
In 2011, we were about to celebrate our 10th anniversary. Well, I’m not a big fan of the past, I’m a big fan of the future. So I said ‘why don’t we open an office in Toronto?’ The timing was right and it was so logical, so we found someone absolutely extraordinary, Carolyn Ray, who is our managing director, and she became a partner since then. What we thought was logical and would work, it’s exactly what happened. Having a foot in French Canada and a foot in English Canada is [very important] for campaigns. It’s not about adapting a campaign; it’s about building a campaign that will be good in both markets.

What’s next for Casacom?
Growth is very important. But what I want to create is kind of a gem or a diamond that is [getting] perfected, or shining more and more. It’s much more about quality than quantity. This is the kind of business I want to grow and this will probably mean a few offices in other countries, like France, but always under the idea of producing quality work and having a very nice work environment.

Carolyn Ray About the author