OUR FAVOURITE COMMUNICATIONS STORIES OF THE WEEK

Are Canadians spending more money this year? Which media company finally launched in Canada and how should you create that short pitch to get a journalist’s attention? You don’t have to look any further. We have those answers right here in our weekly communications stories that caught our attention.

According to a new report by research firm Mintel, Canadian consumers are not letting debt completely dictate their spending habits. The report said consumer spending would continue to rise, reaching $1.084 trillion this year, and increasing by 4.7% over the next five years. We’ve provided a few interesting statistics from the report, but can read more about it in detail in the article link below.

“Canadians cut back spending, but not on food (Survey)” (Marketing Magazine)

Reporters are busy people and don’t have time to read through long pitches; they want you to get to the point or tell them what they need to know. Some stories require more detail, but brevity is what gets your foot in the door. Short pitches also show your respect, appreciation and empathy for reporters.

Each is explained in detail in the article link below.

It has finally arrived! This week Buzzfeed officially launched its Canadian edition. The media company has a shared office space in Toronto and has a local staff of eight, including six editors and reporters who create content for the Canadian market. Visitors now have the option of selecting either the U.S. or Canadian version when they visit the site. You can read more about Buzzfeed’s plan for the Canadian market in the link below.

Thought of the day: 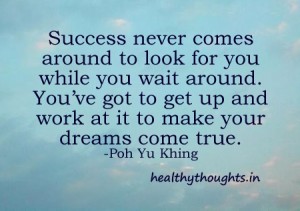