Will Canadians be spending less this holiday season and shopping online more?

Analytics company, SAS has released new research that suggests one in five Canadians plan to spend less on their holiday gift shopping this year than last (the poll included 3,458 consumers in the U.S., Canada, the U.K., Australia and New Zealand). Here are some statistics you may be interested in knowing; an infographic is included in the link below as well that highlights more of their findings.

“Infographic: ‘Tis the season to be frugal” (Strategy Magazine)

It was hard to miss the “Starbucks” headlines this week; from newspapers to television shows, like Ellen to thousands of 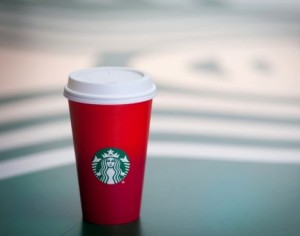 comments on social media about Starbucks changing their past cups that had snowmen and Christmas trees, to a simple red with the company’s green logo. It’s been a very hot topic where some people have expressed utter outrage claiming Starbucks “hates Christmas/Jesus.”

The move was clearly a branding decision to be more inclusive while still maintaining a Christmas look and feel. So far, Starbucks has handled the situation pretty well.  Rather than putting out a formal statement, they published a blog post that explains in an even tone the history of their holiday cup designs, taking special care to remain inclusive.

How do you feel about the change in cup design in colour? Does it really matter? You can read more about this in the link below.

More details on these four steps can be found below: