CASACOM is pleased to announce the appointment of its founding president, Marie-Josée Gagnon, to the list of finalists at the EY (Ernst & Young) 2017 Quebec Entrepreneur’s Grand Prix.

“Being a finalist for this prestigious award is a great source of pride that I want to share with the entire team. More than a company, CASACOM is a place of discovery, exchange and achievements where I have the happiness to live with professionals who share my values, including the one of always giving the best of ourselves,” said Marie-Josée Gagnon, Founding President. “We have the chance to work with exceptional customers who trust us with their most precious asset, their reputation. For that, we are grateful. ”

Very active in her community, as well as in the field of public relations, Marie-Josée Gagnon is a member of the board of directors of Montréal International, Montréal Inc Foundation, the Alliance of Quebec public relations firms and Lori.biz. She is also very involved with the Garde-Manger pour tous.

Marie-Josée Gagnon is known for her clear and ambitious vision of public relations, as seen by the positioning of CASACOM. In 2013, she was featured on Profit and Châtelaine’s prestigious list of the top 100 female entrepreneurs in Canada. In 2014, Premières en Affaires  recognized her as “Unavoidable,” and in 2015, Infopresse named her one of the10 personalities of the Year.

The winners of the EY 2017 Entrepreneur of the Year Grand Prix will be announced on November 9th. Marie-Josée Gagnon is a finalist in the Business Services category. 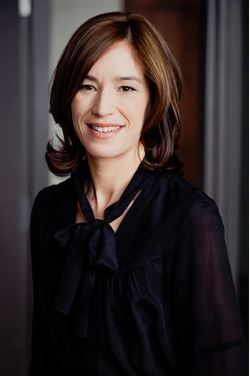